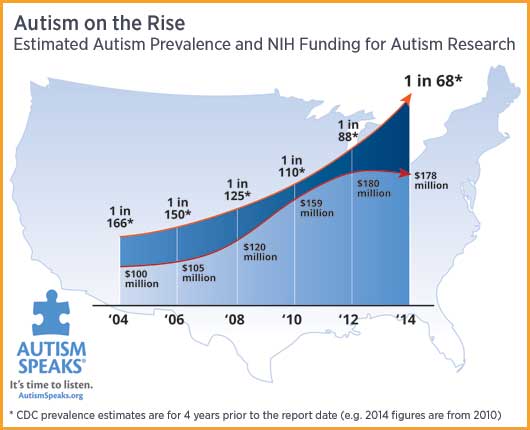 With an estimated 3.5 million Americans living with Autism Spectrum Disorder (ASD), the Center for Disease Control recommends all children be screened for developmental delays and disabilities at 18 and 24 month well baby visits. The recommendation specifically indicates screening for ASD. It is anticipated as many as 4 million Americans will suffer with ASD within the next 10 years. Currently diagnosing ASD requires a team of specialists observing the individual over a period of time, which involves time and money.

We are developing a promising technology which integrates with existing technology (MRI scan) and in initial research has demonstrated a high degree of accuracy in aiding in early diagnosis of ASD. This technology also has the potential to assist in the diagnosis of other neurological conditions/neurodegenerative disorders. We are conducting further research to substantiate these promising findings.

To date, two patents have been issued for this technology.