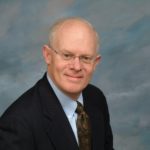 Mr. Stewart combines over 40 years of experience in the Medical Device Industry. He has served as CEO of Autism Diagnosis Technology since May 2017. Previously, he held the position of CEO for Wipe-Rite Technologies, Inc. and Medeject, Inc. both medical device startups. Formerly from 2006 to 2013 he was CEO of EyeTect, LLC, a startup Medical Device company focused on Eye Tracking for diagnosing depth of consciousness monitoring. From 1994 through 2003, Mr. Stewart was the Vice President of Sales and Member of the Management Board for Ethicon, a Division of Johnson and Johnson, Inc. a Medical Device company focused upon Wound Closure. From 1986 to 1993 he was Vice President Sales and Marketing, Worldwide for Johnson and Johnson Professional, Inc., another J&J division focused on Neurosurgical and Cardiovascular Surgical Products. He served as Chairman and Vice Chairman of the Board of Directors for Somerset Medical Center from 1994 to 2003. He graduated from Kenyon College with double majors in Economics and Political Science in 1970. He graduated from Harvard Business School with an AMP in General Management in 1993. He is an Elder of the Presbyterian Church. 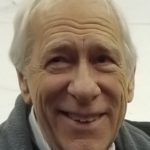 Mr. Klaube‘s career encompasses a broad range of appointments in corporate financial management, controllership and administrative functions, in a variety of business environments including publicly held companies. He joined the Company in 2018. From 2013 to 2017 he held the position of chief financial officer at Turnpoint Medical Devices Inc., a designer and marketer of specialized infusion pumps. Prior to that he served as chief financial officer for the telecommunications holding company E. Oliver Capital Group and the software design and computer marketing firms Magnitude Information Systems Inc. and Unitronix Corporation. Before that, he was employed for sixteen years with the U.S. subsidiary of Siemens AG, where lastly he served as Director of Business Administration in the Telecommunications Division. He graduated from the Banking School in Berlin, Germany, and holds a Master Degree in Business Administration from Rutgers University. 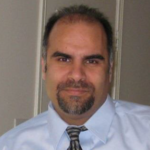 Mr. Ali combines over 19 years of experience in the pharmacy industry and as an entrepreneur involving work in Retail and Hospital. Advised a fortune 100 company regarding logistics and international marketing. Advised another fortune 100 company regarding new technology. Managing member of Highlands Harris LLC. Partner at Academic Technology Ventures since 2015. Cofounder, Autism Diagnostic technology since 2015. 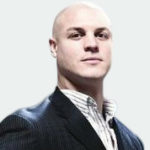 Mr. Pottinger combines over 4 years of experience in technology commercialization senior management following a 9 year career as a real estate investor and professional athlete. Previously, he has been involved in Plasma Stream Technologies and Predictive Aviation Analytics holding positions including Chief Executive Officer and board member. From 2009 through 2015, Mr. Pottinger was the President and CEO for Ark Management, Inc., a real estate and property management company. From 20014 to present, he has been CEO of Academic Technology Ventures, Inc., a company involved in technology commercialization. Mr. Pottinger is also currently a director of Thermo-Flex Technologies, Inc., a company developing cooling systems for large corporations in various industry segments including the mattress and apparel industries. He has an undergraduate degree from McMaster University and an MBA from The Schulich School of Business at York University in Toronto, Canada. 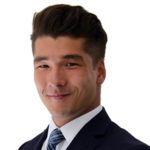 Mackenzie joined Autism Diagnostic in 2018 from Mitsubishi UFJ Financial Group (MUFG), where he structured financial derivative products for the investment banks’ clients and worked on developing strategic initiatives across film, entertainment, technology, and real estate. Prior to MUFG, Mackenzie worked as an Analyst at Harvey & Company, an M&A advisory firm in Newport Beach, California where he evaluated new investment opportunities and supported existing portfolio companies within the distribution and manufacturing space.

Mackenzie has always had a passion for start-ups and technology innovation, founding his own mobile app and serving as an advisor for a successful Los Angeles based internet marketing start-up. He has also been a guest speaker including most recently presenting a TEDx Talk on the importance of face-to-face communication in a world of technology and social media. After playing soccer semi-professionally for Toronto FC’s Academy team, Mackenzie graduated with honors from Loyola Marymount University in Los Angeles, where he earned his BBA in Finance with a focus in Entrepreneurship. 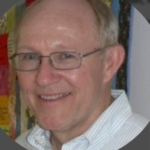 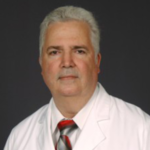 Chairman Neuro Therapeutics, USC, Inventor. Dr. Casanova belonged to the founding board of the National Alliance for Autism Research (now Autism Speaks) and the Autism Tissue Board. He has served on the Board of Directors or Scientific Advisory Board of numerous organizations (e.g., Autism Research Institute, Generation Rescue, On Mental Health, Families for Effective Autism Treatment, Clearly Present Foundation) and is presently on the editorial board of 15 different medical journals 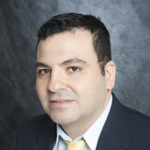 Dr. El-Baz has twelve years of hands-on experience in the fields of bio imaging modeling and computer-assisted diagnostic systems. He has developed new techniques for analyzing 3D medical images. His work has been reported at several prestigious international conferences (e.g., CVPR, ICCV, MICCAI, etc.) and in journals (e.g., IEEE TIP, IEEE TBME, IEEE TITB, Brain, etc.). His work related to novel image analysis techniques for lung cancer and autism diagnosis have earned him multiple awards, including: first place at the annual Research Louisville 2002, 2005, 2006, 2007, 2008, 2010, 2011 and 2012 meetings, and the “Best Paper Award in Medical Image Processing” from the prestigious ICGST International Conference on Graphics, Vision and Image Processing (GVIP-2005). Dr. El-Baz has authored or coauthored more than 300 technical articles. On February 1, 2016, Dr. El-Baz became the acting chair of Bioengineering of the University of Louisville.